Anticipation… Is keepin’ me waitin’ 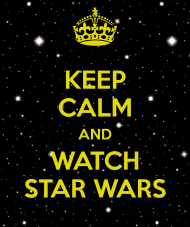 For weeks rumors had circulated in the fan community that a teaser trailer for Star Wars The Force Awakens was coming soon. John Williams was allegedly in Hollywood secretly recording original music for the trailer, and soon chatter began that suggested the teaser was going to debut in front of the final installment of the Hobbit franchise. Fan fervor grew as details of the trailer began to leak and it appeared a release was imminent.

Finally, our friends at MakingStarWars.net broke the news that the trailer would debut sometime this week to some movie 100 theaters, but the details were a little hazy. The anticipation for the release was reaching a fevered pitch on social media as fans (like myself) refreshed their Twitter feeds, or visited the Official Site for just one morsel of official news. Of course the announcement was bound to disappoint…

The morning of November 24th, Regal Cinemas jumped the gun and announced they would be featuring the trailer at a number of their theaters; then AMC jumped on board. Finally, around midday, the Official Site broke the news that the trailer would debut at 30 theaters across the US and Canada… the internets blew up.

The backlash was immediate. Fans across the country complained that many states were excluded from the release, and overseas fans (especially Brits where the film was made) were livid that they were left out as well. Fans could not understand how Disney, a company that had appeared so savvy with the buildup of each Marvel film by using the internet, television and theaters in concert to promote trailers for new Marvel films could now be so tone deaf using “old-school” means for the release of the teaser.

“You got what you wanted tiger. How does it taste?”

There’s a great moment in the original Planet of the Apes following the crash landing of the astronauts. Taylor (Chuck Heston), the cynical captain of the crew, is goading on the more idealistic Landon who still is trying to maintain traditional customs on their new home, and still views himself as an explorer on a mission. Taylor is having none of it as he is simply views their survival as paramount, and has little interest in scientific research. He sarcastically lays into Landon suggesting that he really got his wish to be a true explorer, but unfortunately there will nobody around to learn about his discoveries. He finishes his verbal tongue lashing of Landon with the classic line, “You got what you wanted tiger. How does it taste?”

I look at this teaser release in the same way. For months we’ve been told over and over again by older fans, and cast and crew that this Star Wars is going to be done using “old school” techniques, like practical effects, miniatures, puppets, and even stop motion animation. The days of the “evil” and “misguided” George Lucas and his obsession with CGI are finally over now that we got some “real” filmmakers in there who know how to tell a story with “real” characters (NOTE: I’m being sarcastic). Now with George gone we can finally wipe the post 1980 Star Wars slate clean (after all, Star Wars really died after Empire don’t ya know?), and begin a new phase of classic, retro Star Wars. Well, this teaser release is certainly retro as it’s only available in a handful of cinemas, and an online release has not been announced yet… how’s that taste?

The fact of the matter is that Disney is intentionally going a little retro with this release in hopes of building anticipation. Unlike the original limited release of Star Wars in 1977 which was a result of cinemas not wanting to carry the movie and Lucas’ demand for specific theaters equipped with state of the art sound equipment, this release is limited in an effort to generate buzz and compel fans to make the roadtrip to seek out the trailer. It’s actually a pretty smart strategy; yes it’s an annoyance for fans overseas, and for fans outside of states carrying the teaser, but it really is no different than 1977 when moviegoers often had to go out of their way to get to the single cinema in their state that was carrying Star Wars.  It’s still a little odd because even back in 1979 the teaser trailer for The Empire Strikes Back could be found in theaters across the country running in front of diverse films from Buck Rogers in the 25th Century, and the Gene Wilder/Harrison Ford comedy, The Frisco Kid.  As an aside, I must have sat through each of those movies a dozen times just to watch the trailer over and over again.

I’ll be honest, the teaser release doesn’t affect me in the least since Tempe Marketplace here in the metro Phoenix area will be showing the teaser and is only 6 miles from my home.But for those fans who are upset about the trailer roll out, they have very valid complaints. It’s not 1977 anymore, and there’s no real reason I can see for delaying access to the trailer to fans… especially the legion of loyal fans who live overseas. You can still build anticipation, and still be fair to those loyal Star Warriors who have longed for just a peek at the latest entry in the Star Wars Saga, or for those older fans who thought that Episodes VII-IX would never happen.

I understand Disney/Lucasfilm’s desire to be separate and unique from the Marvel brand. You don’t want to simply copy and rehash promotional ideas from that franchise, but there has to be a happy medium that can be found, can’t there? Maybe an exclusive release for this weekend, with a worldwide roll out next week, as well as an online trailer on Monday would be more appropriate. Perhaps an official online release is in the cards after this weekend, otherwise I can see no real benefit to staggering the release like this, as it only builds up animosity in the community (like we need more of that), and resentment towards the new powers that be that run Star Wars.

Anyway, I will be at Tempe Marketplace Friday night to check out the teaser, and I will report back. But in the mean time: Keep Calm and Watch Star Wars!

May the Force Be With You

Follow One Saga – An Exploration of the Star Wars Saga on WordPress.com